Korach, swallowed up by the earth (Numbers 16:32), had descendants who were key singers in the Temple (1 Chronicle 6:16-22). Rabbis would teach that each person can choose his or her own spiritual path and that Korach’s sons chose repentance over their fathers rebellion. This psalm is one of eleven attributed to the sons of Korach, with the key theme of a yearning for the Temple.

Psalm 84 describes a pilgrim’s journey to the Sacred Temple in Jerusalem, mixing emotions of longing, challenge, and celebration. There is no mention of the rituals of sacrifice, rather the goal is to see and be seen by the Divine. The journey is described as arduous and th­­e reward enduring. Jewish readers during the Middle Ages read this Psalm as words of hope for a Messianic return and rebuilding of the Temple.

There are phrases in this Psalm that are well known. For instance, Psalm 145 as liturgy borrows verse five as an introduction- “Ashrei- Happy are those who dwell in Your house” and the three-time a day recitation is so known as “the Ashrei.” Also, the folk expression, “may you go from strength to strength” is tied to verse eight. And the current Israeli-HBO series about the Yom Kippur War, “The Valley of Tears,” is a phrase from verse seven.

Psalm 84 is dedicated to Vivian Folkenflik. 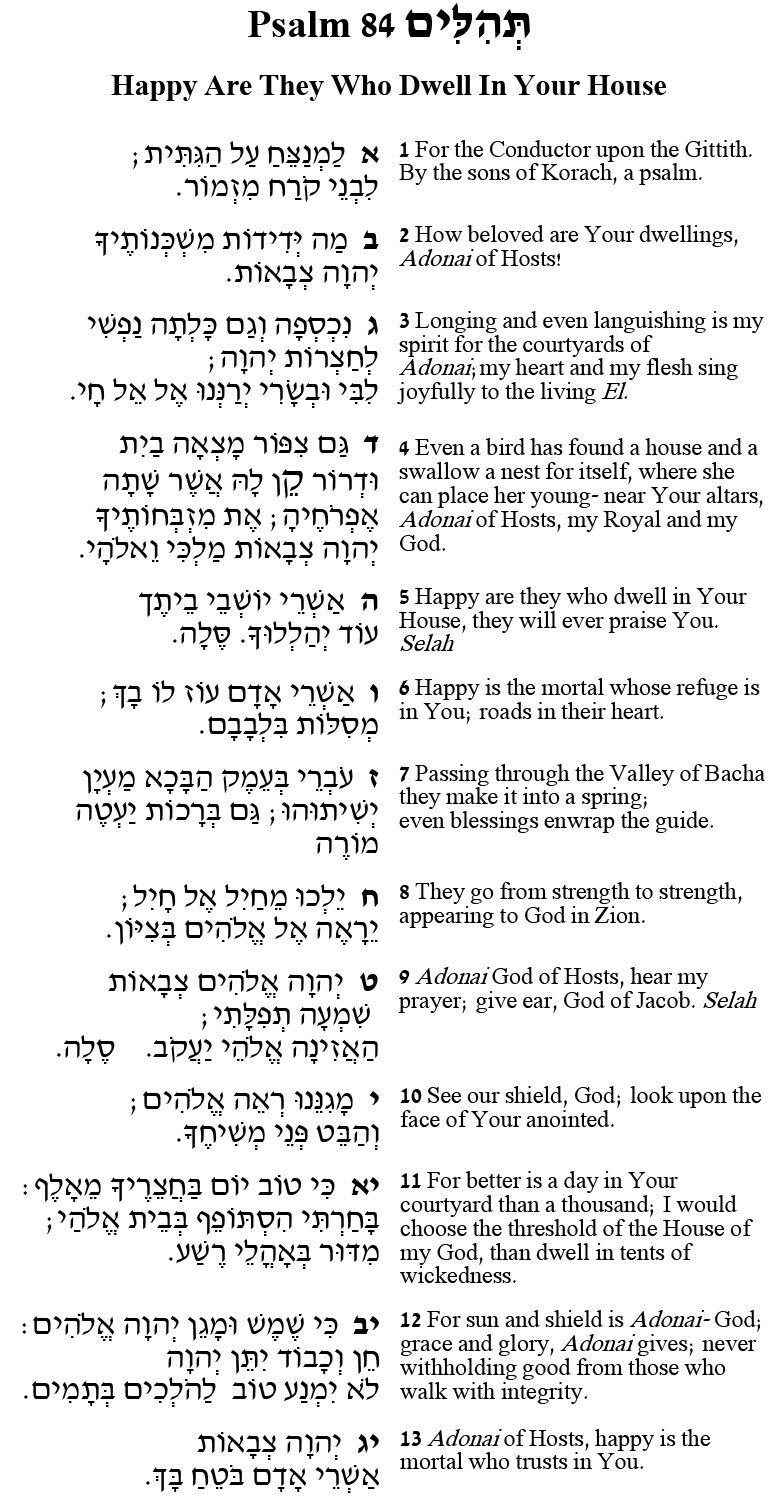