On Hanukkah, the prayer al hanisim focuses on God’s triumph. Mattithias the priest and his sons are mentioned, but only as the setting of God’s battle with the Greek foes. This is the single addition to the Amidah prayer in honor of Hanukkah. The second half of the prayer focuses on the people’s purification of the Temple and their singing God’s praises. God as military hero is a reoccurring Biblical theme, most pronounced in the story of the Exodus and the triumphant song of the Sea (Exodus 15). Psalm 76 describes how God “broke the fiery arrows of the bow, shield, sword and battle…delivers all the humble of the earth.” The trajectory of this Psalm is toward the universal. Seeing God’s might and justice, all kings of the earth will pay tribute to God.

Correction: In the Psalm presentation, I make reference to Targum, the Aramaic translation of Hebrew Scripture. In regard to the identity of the Targum for Psalms, scholars indicate a variety of anonymous authors at different times of the first centuries of the Common Era.. In my talk, I focus on Onqelos/Aqiles the convert of the second century CE. He is the best known of the Aramaic translators, but his work only encompassed the Five Books of Moses (See Talmud, Megillah 3a). 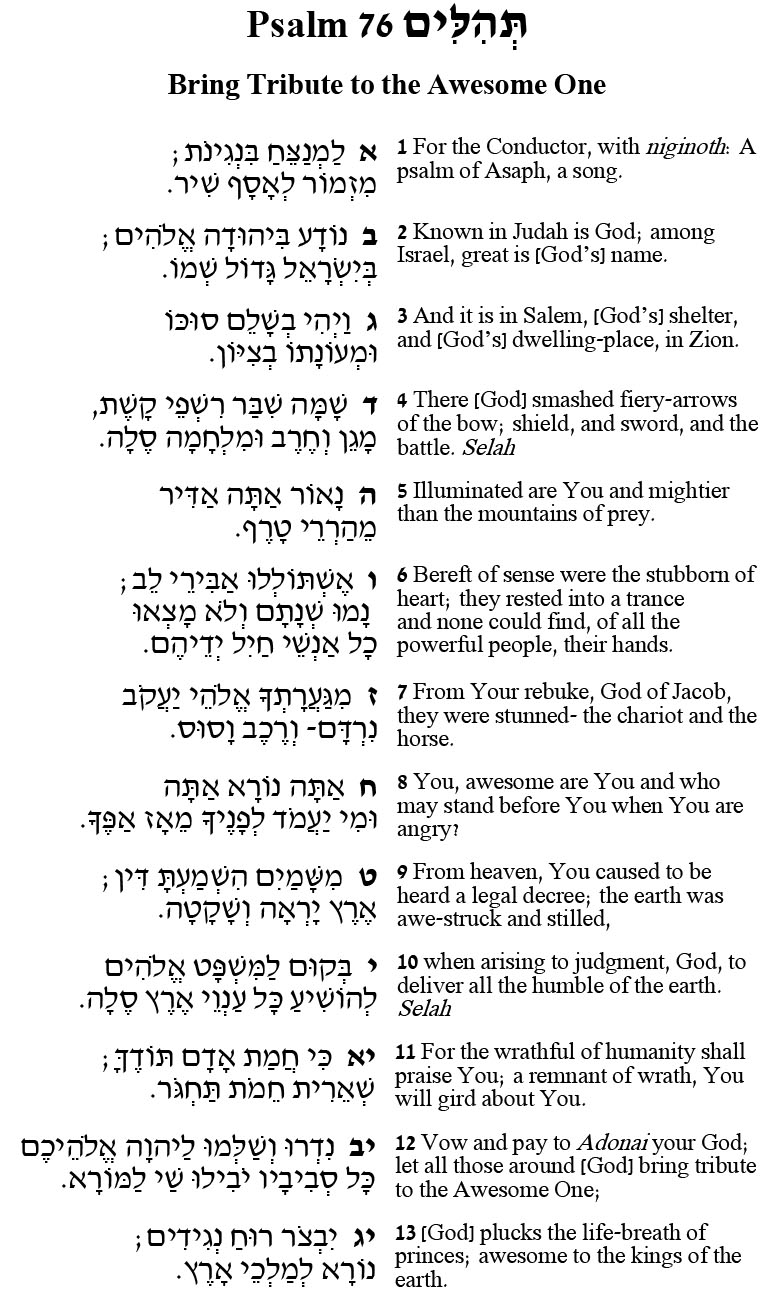