The brevity of Psalm 70 conveys “urgency”- the key word in both the opening verse and as the final word. The five verses are also contained in the far longer Psalm 40. Robert Alter speculates that this short Psalm came first, pointing to the phrase “Let them turn on their heels in shame” (Psalm 70:4) as making more sense than “let them be devastated” (40:16), which the modern scholar attributes to a scribal change.

The urgency is a plea to God to rid the poet of those who “seek his spirit,” but in this case there is ambiguity as to the nature of the resolution. For the phrase “let them turn” might also suggest a return, teshuvah, for those same people to acting righteously.

The classic Jewish commentators see this Psalm and Psalm 40 as written by David when pursued, either by King Saul or his son, Absalom. Some commentators attribute the use of God’s name in Psalm 40 as YHVH to a time of David’s innocence and the use of Elohim in Psalm 70 as identified with God judging David in the aftermath of his affair with Bathsheva. Psalm 71 makes reference to David’s old age, lending support to this Psalm as a response to a crisis during his kingship. 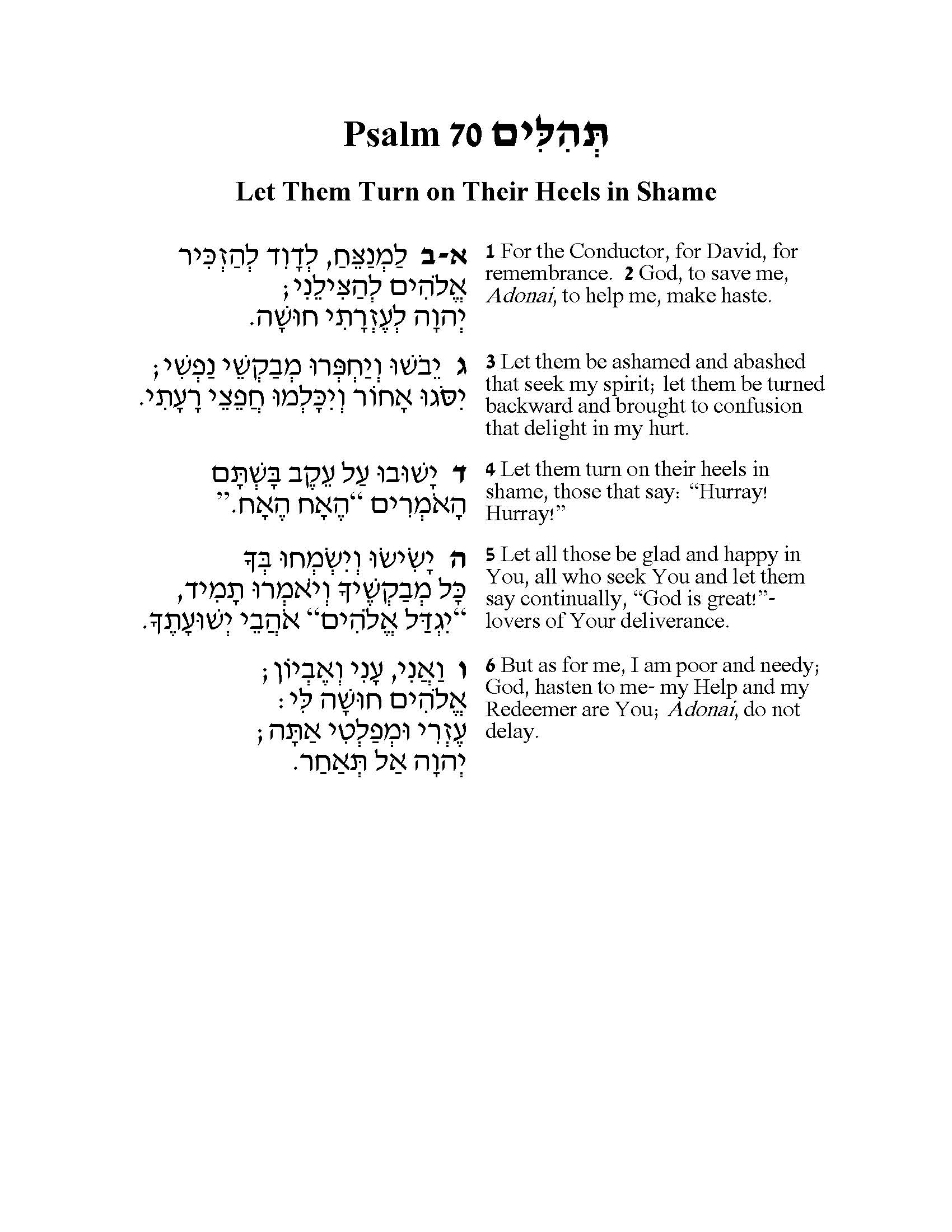