What motivates a hurtful liar? The Psalmist describes a fearlessness that comes from the belief that no one will know better- “Who can see it?” (verse 6): whether the intended victim or God. Lying words are described as arrows: can damage from a distance, once released have their own power, and can even kill. And yet, as a religious person, the Psalmist has a prayer and a faith that the villain’s own tongue will be the source of failure (verse 9) and that the defeat will be widely recognized as the way of justice, the doing of God.
This Psalm is composed of five couplets: 1- a plea; 2 and 3- description of sharpened tongues and bolstered conspirators; 4- their demise; 5- witnesses in celebration.
If you have ever felt outrage over those who use speech as an arrow against the innocent, then this Psalm will resonate for you. 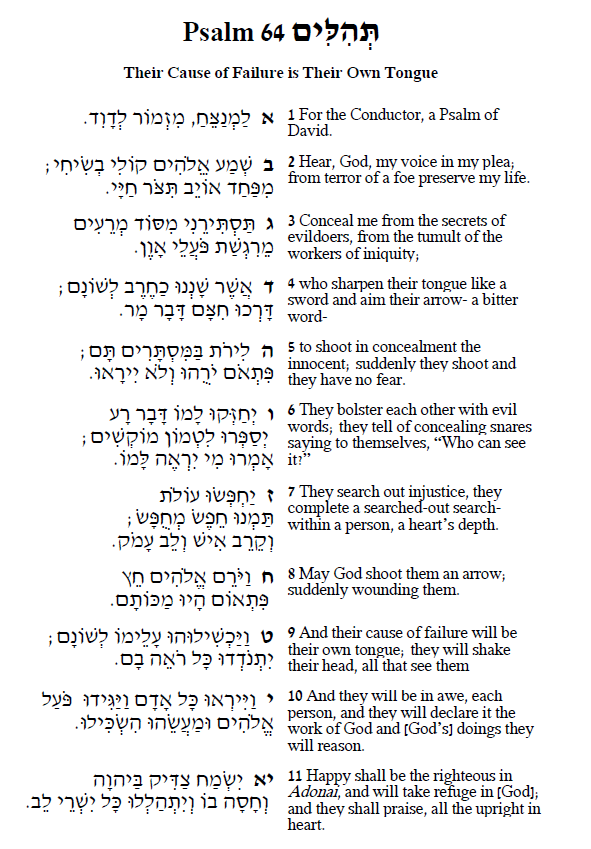