Some lines take your breath away, such as Psalm’s 60:5 addressed to God: “You made us drink a wine of poison.” The claim that God would spike a drink of rejoicing is quite jarring. The context suggests a recently lost battle with continued fighting on multiple fronts. The Psalmist yearns for God’s reconciliation in order to triumph. As if channeling a prophecy, the Psalmist hears God’s voice promising both victory and the unifying of the twelve tribes. There is ambiguity whether the oracle promises God’s or David’s successful fight, suggesting that the two are intertwined. Psalm 60’s references to Philistia and the northern tribes evidence an early composition, a composition that could well have been composed by King David. Rashi of France of the 11th century interprets the Psalm as an ode to the Sanhedrin, the High Court of seventy symbolically representing the seventy nations of the world, who had given him permission to go to battle to enable a universal peace. 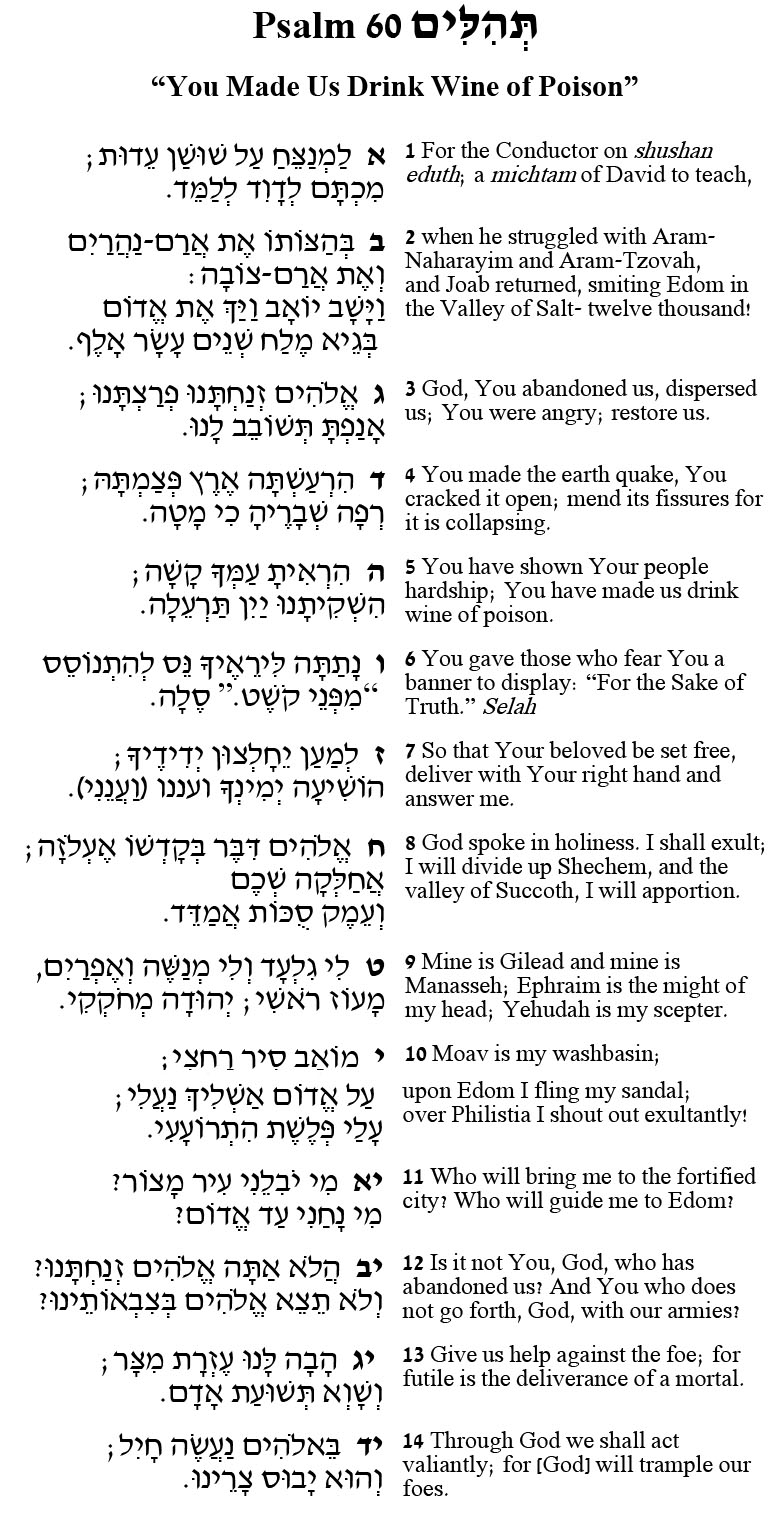