Psalm 53 looks like a repeat of Psalm 14. They are almost identical except for some key word changes. And yet, Rashi, the 11th century commentator, ascribes Psalm 14 as the aftermath of the destruction of the First Temple (586 BCE) and Psalm 53 as following the destruction of the Second Temple (70 CE); Malbim, a 19th century commentator puts Psalm 53 with the withdrawal of the Assyrian troops in 701 BCE. A side benefit of the study of Psalms is exploring Jewish history.

I am fascinated with the ambiguity of Psalms due in part to the lack of capital pronouns in Hebrew. A great example is verse five of this Psalm: “Do they understand those workers of iniquity, who eat up My people as they eat bread and do not call upon God.” Translations differ as to whether this is God talking (My) or the psalmist (my). If it is God, then the Psalmist is engaging in biblio-drama, an imagining to which I am drawn. 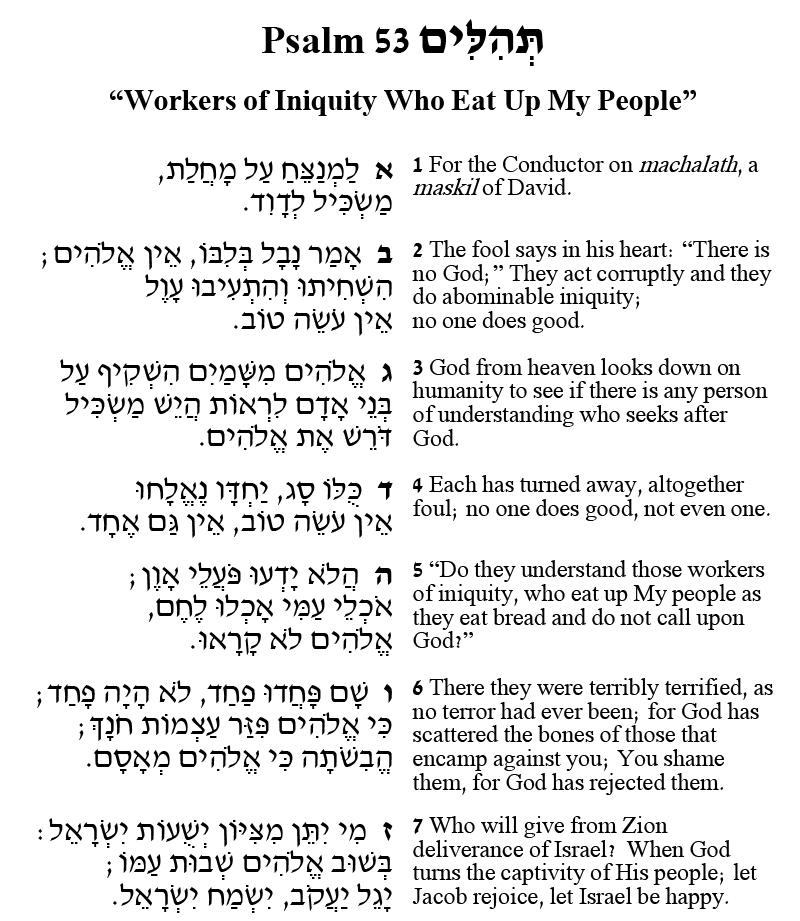