Psalm 52 offers a dramatic moment in young David’s life: “When Doeg the Edomite came and told Saul, ‘David has come to the house of Achimelech.’” The following is the fuller context:

David was pursued by the forces of the jealously deranged King Saul. David came to Nob, the priestly town where the Tabernacle rested. David asked the priest Achimelech for bread and a sword. It is unclear whether Achimelech and the towns folk knew that David was a fugitive. They provided bread for David and his supporting soldiers and Achimelech presented David with the sword of the giant Goliath. Among those who witnessed this generosity was Doeg the Edomite, who rushed to tell King Saul of betrayal, The King sent Doeg back to Nob, where Does led a massacre of the priests and townsfolk, although David and his men had already departed. (1 Samuel, chapters 21-22)

The Psalm chastises those who use words maliciously, like Doeg. Unlike most Psalms, only the last verse addresses God. Otherwise, the Psalm focuses on the “person who did not make God a stronghold, but trusted in the abundance of wealth” (verse 9). The Psalm raises the following question: How should we treat and speak of a person who uses words deceitfully?

Yesterday was our reentry into Psalms. I so enjoyed gathering together with fellow students of our tradition to unpack the enduring poems that prompt our own reflections on what it means to lead a spiritual life. 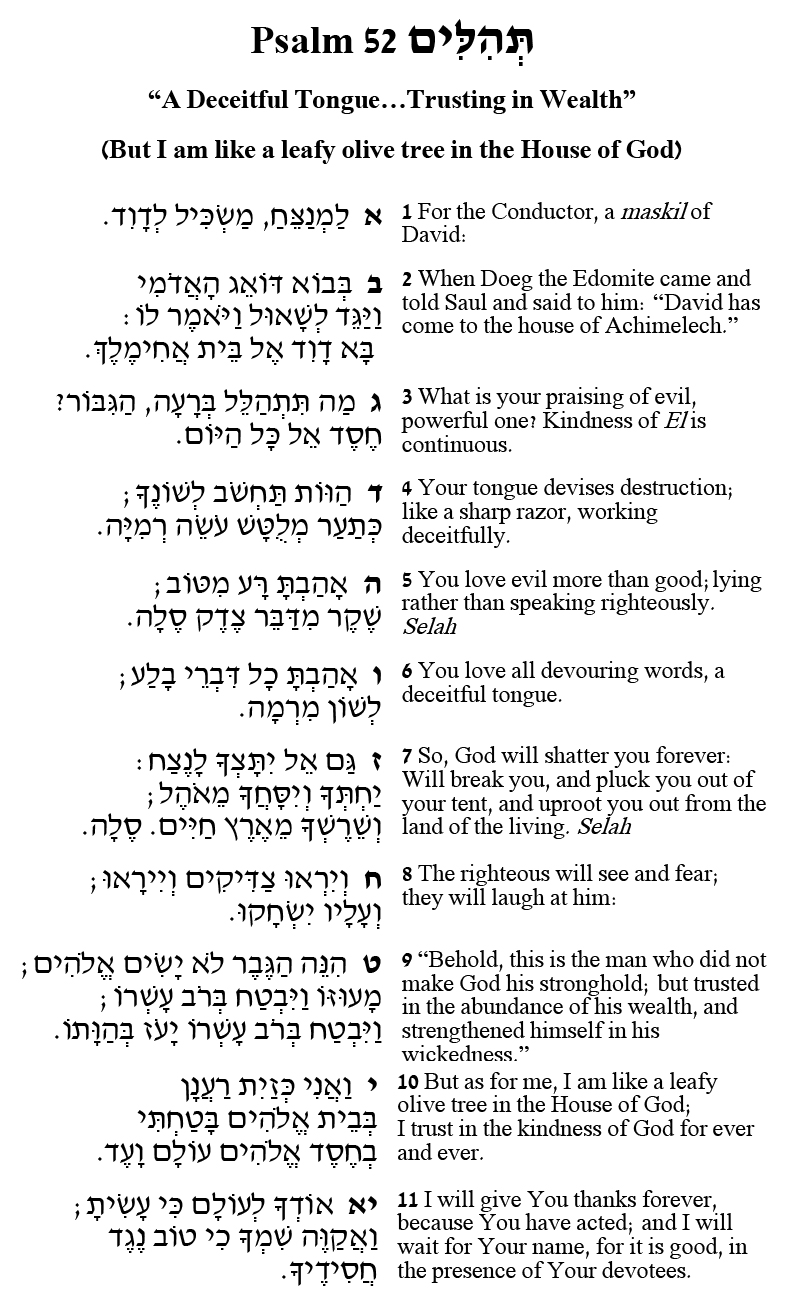