Psalm 46 describes God’s overwhelming, noisy power in nature, which is contrasted with the calm of God’s city, Jerusalem. The Psalm builds to describing God’s awesome power for enabling human peace (verse 10): “Ceasing wars to the ends of the earth; breaking the bow and severing the spear; burning the chariots in the fire.” But then a nod to human choice (verse 11), “Let go… and know that I am God!” I received that quote calligraphed in Hebrew from Adir Glick at the conclusion of his CBI internship. His translation for the first Hebrew word is “Be Still.” Rabbi Glick is a deeply experienced meditator. His gift hangs in my home office, the place where I meditate before my morning prayers. On one level, these words mean, let go of problem solving and enter into a prevailing calm with the awareness of God’s presence. In the immediate sense of the Psalm, “let go” (הַרְפּוּ) is elliptical- a fill in the blank: let go of weapons of war; let go of fear; let go of doubt…” Studying this quote in its original setting adds significance and enlarges God’s power and the fuzzy line between hope and a reality behind reality.

For the Jerusalem scholar, Rabbi Benjamin Segal, this entire Psalm is better read as fantasy. He focuses on a single phrase, verse 5, as an interpretive key: “A river’s streams make happy the city of God.” Professor Robert Alter translates the Hebrew as “A stream, its rivulets gladden God’s town…”, pointing out in his footnote that in Jerusalem there is no river, only an underground stream, the Shiloah. Segal rejoins, “Despite efforts to attribute this reference to an existing spring, that is simply not what is described.” For Segal, this Psalm is an imagining of “either God’s heavenly abode or some foreseen earthly perfection.” 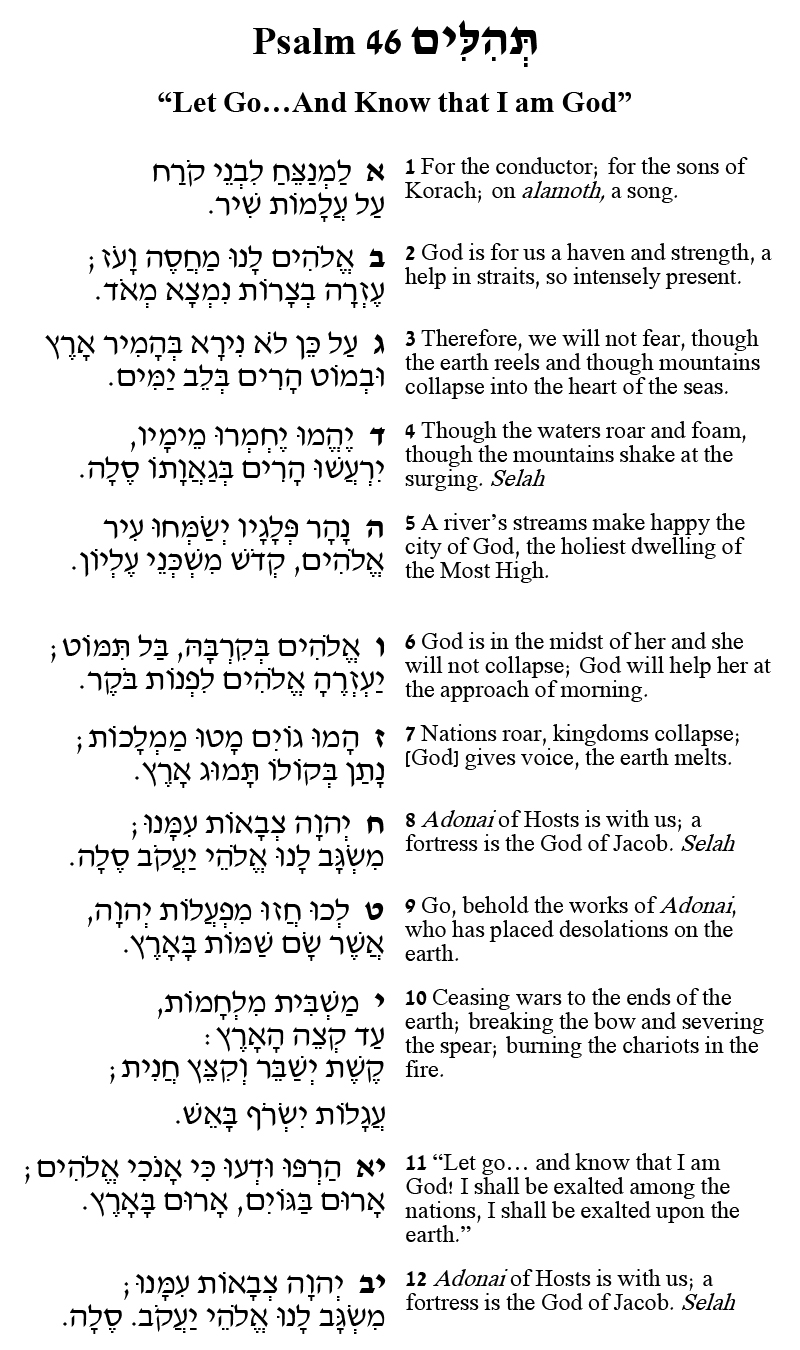