Psalm 42 marks the beginning of the second book of Psalms. In the first book, King David is consistently presented as the source or the subject of the Psalm. Psalm 42 begins with “a hymn of the sons of Korach.” You may recall Korach from the Book of Numbers as Moses’ cousin who led a revolt over leadership and who with his followers was swallowed up by the earth. Remarkably, Korach’s descendants are mentioned in the book of Chronicles as leaders of the Levitical choir. Classic Jewish commentators will debate if the sons of Korach composed or only sang these words.

The second book of Psalms differs from the first in its variety of attributed authors, a change in preferred names for God, and a more nationalistic focus. Psalm 42 comes across as the words of a Levite in exile longing for Jerusalem and the Temple: “As a gazelle pants after the springs of water, so my spirit pants after You, O God” (verse 2) and will describe the memory of walking in a throng to the “ House with God with the voice of joy and praise, a multitude keeping holyday” (verse 5).The Psalter beckons God for deliverance from exile. Words of this Psalm will resonate in our Friday night Shabbat prayers of Yedid Nefesh and Lecha Dodi.

Most contemporary scholars put Psalm 42 and 43 together. For Psalm 43 lacks the attribution of the Psalm’s authorship, is closely linked in theme, and concludes with a verse from the previous Psalm. 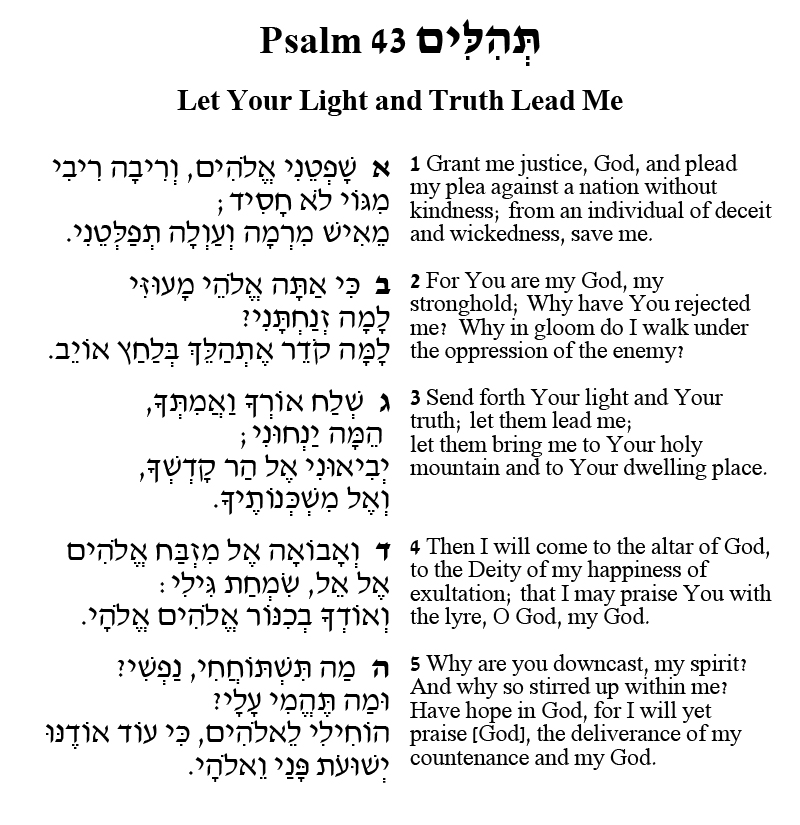