Psalm 36 has some famous lines. “In your light do we see light” (verse 10b) in Latin is the motto of Columbia University. The last words said by the Ba’al Shem Tov, according to Rabbi Joshua Heschel, were verses 7 and 8. And the first letter of the opening four words of verse twelve spells אתרג (etrog), which rabbis teach conveys that as an etrog on Sukkot needs to be without blemish, so a good person needs to aspire to be arrogant free.

Verses 2 and 3 are subject to  many varying translations. The opening word נאם (ne’um) appears well over two hundred times in Hebrew Scripture, but only this one time in Psalms. The word is identified with God’s speech or the channeling of God, as with Bilaam. Some translators view this word as an expression of an oracle or as Transgression speaking about the nature of the heart of the sinner. I have chosen to follow those translators to just translate the word as “speaking,” as the Psalmist reflects in his heart on the nature of those who have “no fear of God before their eyes.” The Psalmist identifies the power of rationalization of bad behavior as the source of blindness to God’s goodness and presence in the world. The Psalter in verse 12 asks God for help in those evildoers not overtaking him, and thereby leading to a seduction of bad behavior. Rabbi Benjamin Segal surmises that the Psalmist might know the way of the sinner from the inside, therefore as a recovery Psalm seeking not to relapse. I tend to see the Psalm as emerging from dealing with selfish people who rationalize bad behavior and the awareness that there is a small piece of that temptation in each of us and asking God to be our source of light so as to stay on the path of goodness. This Psalm is distinctive in its recognition of self-deception as a form of enticing darkness. 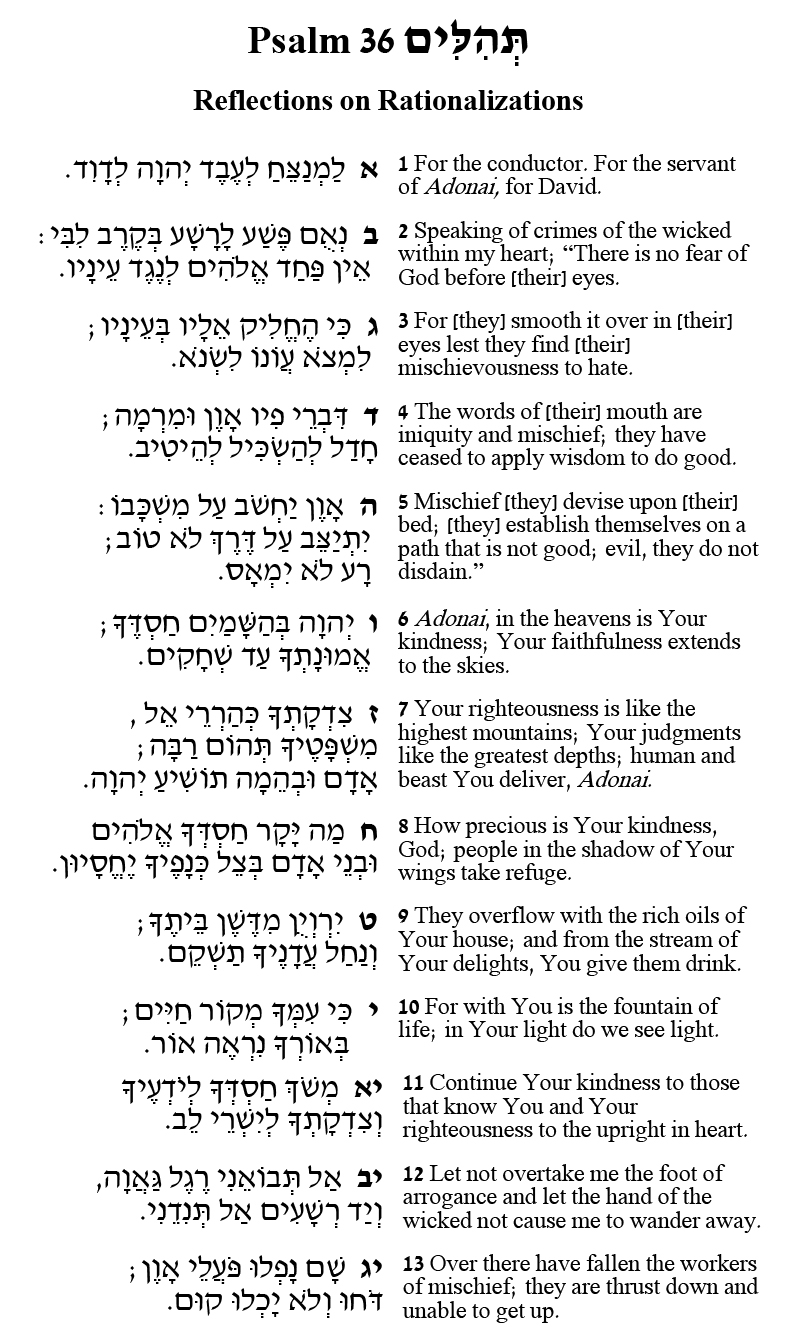