Psalm 29 is familiar to many of us due to its repeated use on Shabbat. We chant it as the sixth Psalm of Kabbalat Shabbat. The imagery of God’s voice thundering over the waters and prompting mountains to dance conveys a celebration of creation. On Saturday morning, we sing this Psalm as we return the Torah to the ark. In this second context, the verses evoke the giving of Torah at Mount Sinai with “Voice of Adonai” repeated seven times. Some scholars attribute the origins of the Psalm to the ancient Near Eastern creation stories, which speak of “descendants of the gods” as a term also used in this Psalm. Yet here, God’s unchallenged power is uniquely conveyed. The Psalm is filled with the sounds of a storm moving across the land, but ends in God sitting on the throne, conveying abiding calm. The last word is shalom, peace, foreshadowing the last word of the Amidah and Kaddish that are  just ahead in Shabbat prayer. 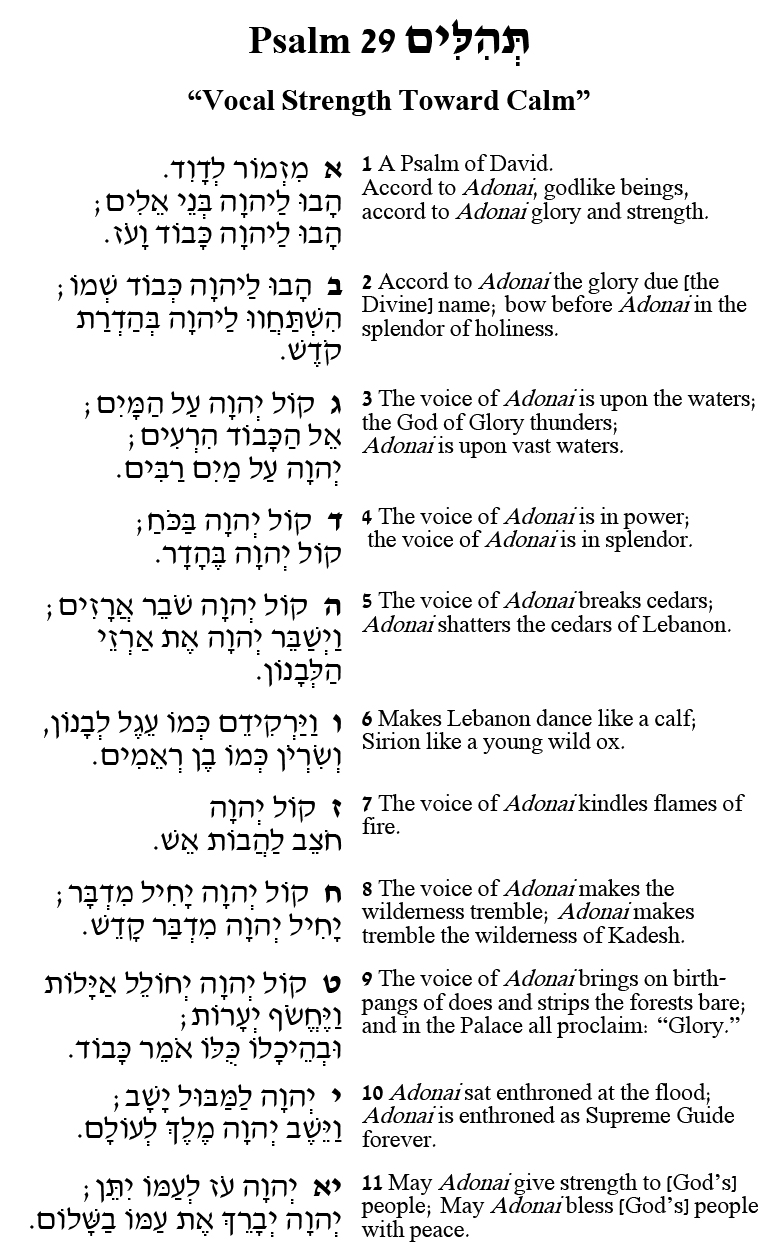