Collage is art, too!

During my years at the Jewish Theological Seminary, I worked at the 92ndStreet Y. Once I was asked to accompany an evening speaker, Marie Syrkin, a professor of literature at Brandeis University whose father had founded the Zionist Shomeir Tza’ear Movement, known for its radical secular-orientation. She had also written a well-received biography of Golda Meir and was already quite elderly, which is why I was asked to meet her at her hotel. Her lecture for the evening was entitled, “Zionism Today.”

“What will you say tonight that is new?” I asked sitting beside her in the backseat of the cab.

“New!” she said, her head tilted as if dismayed. “There is only something new said two or three times a century. The art of presentation is to say the familiar in an unfamiliar way.”

That conversation comes to mind as I read Psalm 143. Not unlike Psalm 142, which is in so many ways similar, most of the phrases are found elsewhere in Hebrew Scripture. And yet, the weave and message are distinctive. The word that appears five times is “soul,” plus three times “spirit” and once “my life.” The Psalmist is troubled to his core and aware of his shortcomings and the dangers that touch him as King so deeply. He calls out to God for deliverance with grace and guidance, so as to know how to do God’s will- “for I am Your servant.”

Join me today at 9:30am as we honor our congregant of close to forty years,  Aaron Harari. 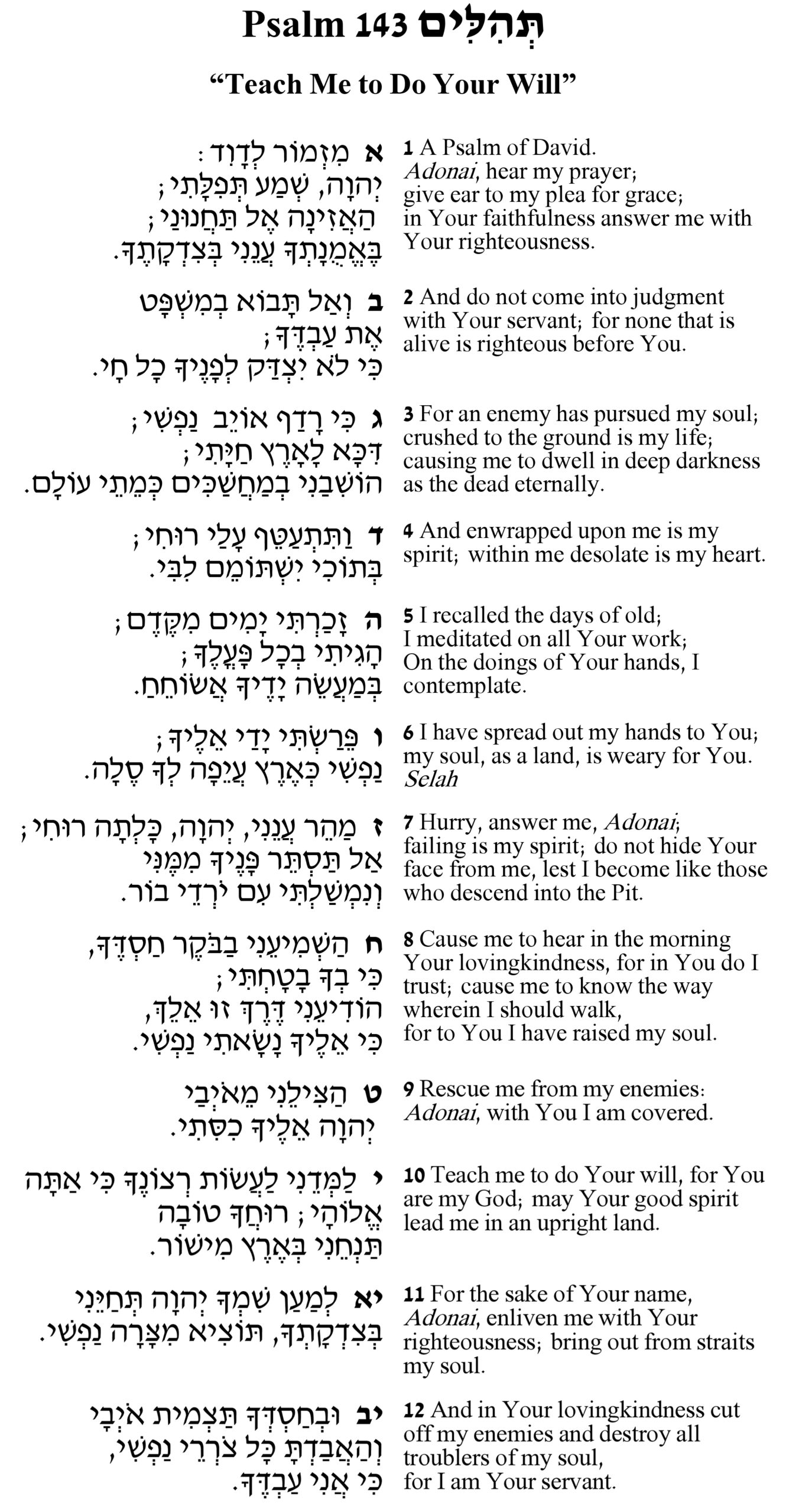