Measure for measure, midah keneged midah, is a core Jewish concept: a person is punished precisely in the same way that they sought to harm others. Psalm 140’s offers several short prayers for thwarting slanderers and violence-makers and repeats key words- head, hunt, tongue, and lips. By reversing the context of the key words there is the suggestion of midah keneged midah.

This Psalm uses several words that are found nowhere else in Scripture and uses the word ma’agal, which is rare. This word only appears in two other Psalms and is widely translated as “paths.” But, in my exploration of Psalm 23, rather than translating ma’aglei tzedek as paths of justice, Sharon Greene Schneider noted a preference for “roundabouts of justice,” because justice entails choices and the root of the Hebrew word conveys circles. Persuaded, I kept the translation as roundabouts there and here: “…they have spread a net by the roundabouts, they have set snares for me” (verse 6). 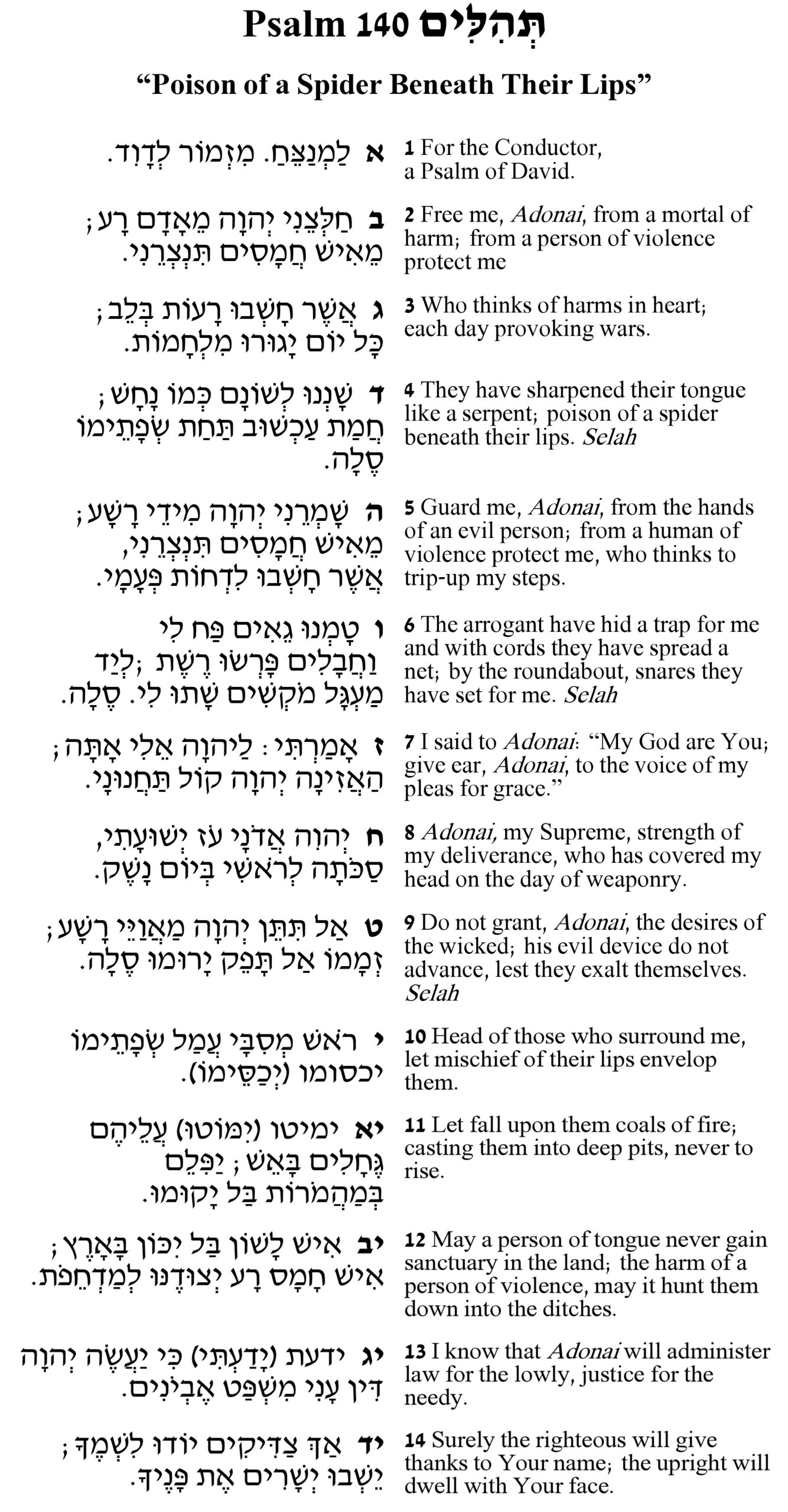