Arms intertwined is how the song “Hinei Mah Tov” is often sung. This widely known hymn of togetherness is the opening line of Psalm 133. Upon reflection, the reader cannot know if the words were composed as a challenge or a celebration. What is known is that the line has a superfluous word- gam, meaning “also.” Rashi, the influential 11th century French sage, states that the “also” refers to God and the future, “when the Holy One will dwell in the Temple, who are called brothers and friends, God too will be together with them.” The Zohar (Acharei), the Jewish mystical commentary says that the siblings referred to are the two cherubim, as if twins above the Holy Ark were a barometer of God’s relationship with Israel (Talmud, Yoma 54a) and that when the cherubs faced each other than Yachad (the One, namely God) was “also” with the people of Israel. And finally, we may read the verse as saying that when siblings (with the choice of reading as a family, a community, or even the world) are united in harmony, then the Divine Parent is “also” present.

There is more to say about this opening line and the two verses that follow. Please join me as we honor Professor Robert and Irina Allinson.

A Youtube recording of the opening line with photos: https://theisraelbible.com/2016/02/03/pleasant-hinay-ma-tov/ 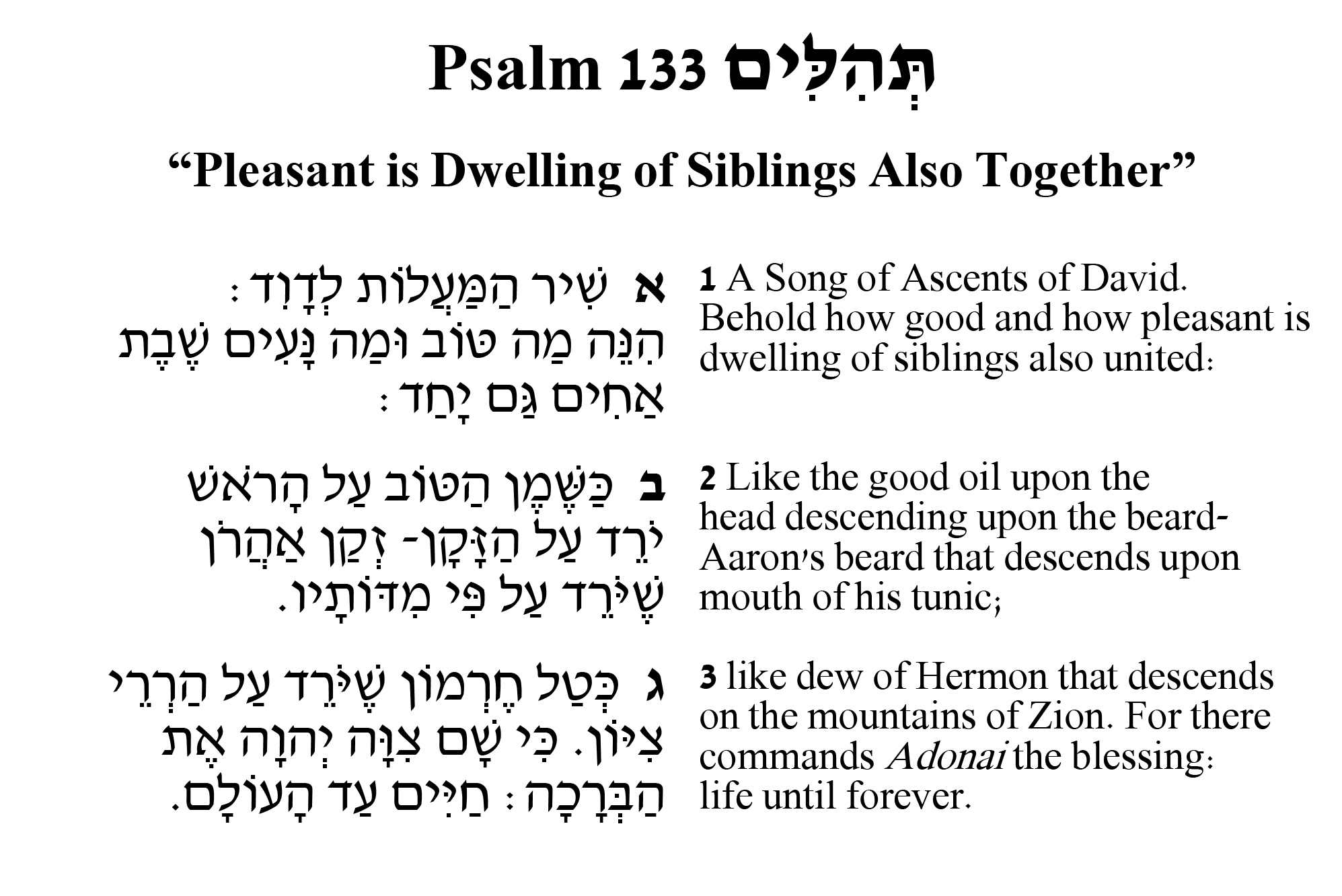