Who is rich?” Ben Zoma asks in Saying of the Sages (4:1), and replies, “The person who is content with his (or her) portion,” and then cites verse two from Psalm 128: “What reaches your palms, so you shall eat; you shall be happy and it is good for you.” Psalm 128 describes the good life of a person who reveres God. And yet, there is one aspect of the Psalm that points to how times have also changed. Namely, of this man’s wife, verse 3 reads, “your wife is like a fruitful vine in the far interior of your home.”

First the positive: a vine is identified with a fruit that gladdens the heart. And now, the challenge: his wife is found in the far interior if the home. The word  יַרְכְּתֵי means depths, a corner, or innermost part. In antiquity, it might have referred to that part of the house where the kitchen was located. But, our sages largely interpreted this to describe how a woman needed to avoid public engagement, unlike her husband. Rabbi David Kimche  of 12-13th century, Spain, would would comment to this verse, “a wife should be so modest that only her husband and household see her.”

Once I was in Udaipur, India. As we drove with our guide from the airport, I asked him about the practice of Hindu women wearing colorful veils. “Yes,” he said, “my wife wears such a veil. In the fifteen years that I have been married, my father has never seen my wife’s face nor heard her voice, for a woman would not speak in the presence of an elder and always keep on her veil.” Veils in that moment lost all romantic identifications. His wife was invisible to an important part of her family and the world.

I read Psalms aware of the great beauty in the yearning for God and yet an awareness that how we see the world around us changes, too.

Please join me for a close reading of Psalm 128. There is much beauty and some dissonance to encounter.

The study of Psalm 128 is dedicated to Rabbi Adam Greenwald, Director of the Miller Introduction to Judaism Program at American Jewish University, the largest learning program for those considering conversion, and a former intern at CBI. 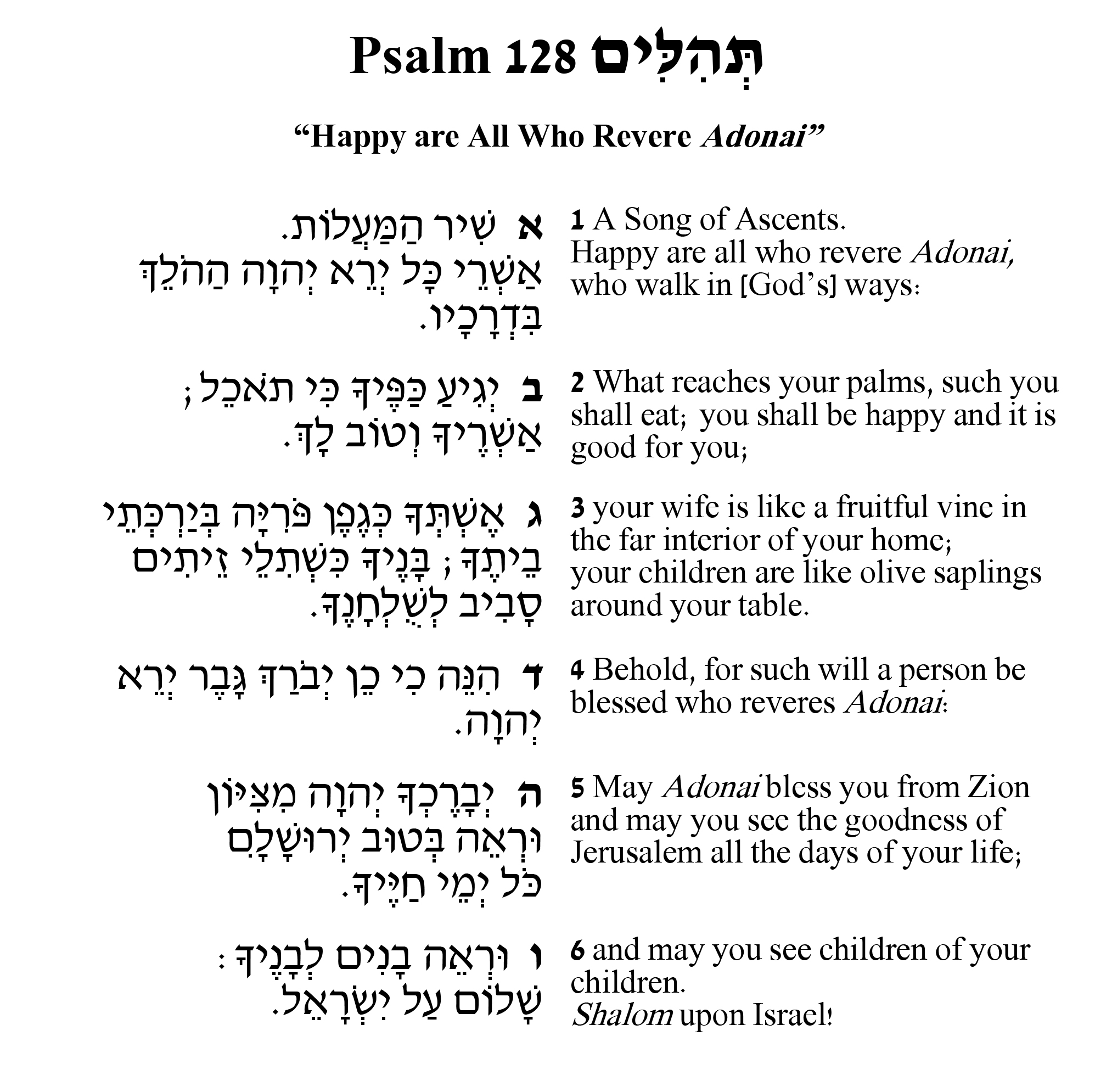