In Yiddish there is the expression, “a person plans and God laughs”- “Mann tracht, un Gott lacht.” The opening of Psalm 127 emphasizes that the success of hard work, whether in building a home, earning a living, or feeling safe will ultimately depend on the blessing of God. Remarkably, the hip-hop group, Public Enemy, issued an album, “Man Plans, God Laughs,” with their lead Chuck D having heard the Yiddish expression and chose to use it in a song.

I share below a poem by Elizabeth Barrett Browning called “The Sleep,” which relies on the King James’ Version of a phase of Psalm 127 as the final line of each stanza. And yet, the Hebrew lends itself to two possible interpretations: God rewards believers with relaxed sleep or when believers sleeps, God assures the success of their labors.

Please join me today for a close reading of this short Psalm, beginning at 9:30am.

We will dedicate our study to Arie Katz. 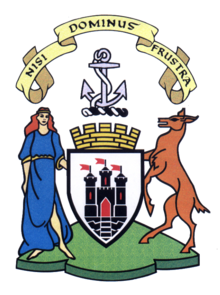 Arms of the city council of Edinburgh, with the Latin motto Nisi Dominus Frusta (Psalm 127:1) (Without the Lord, (all is) in vain”) 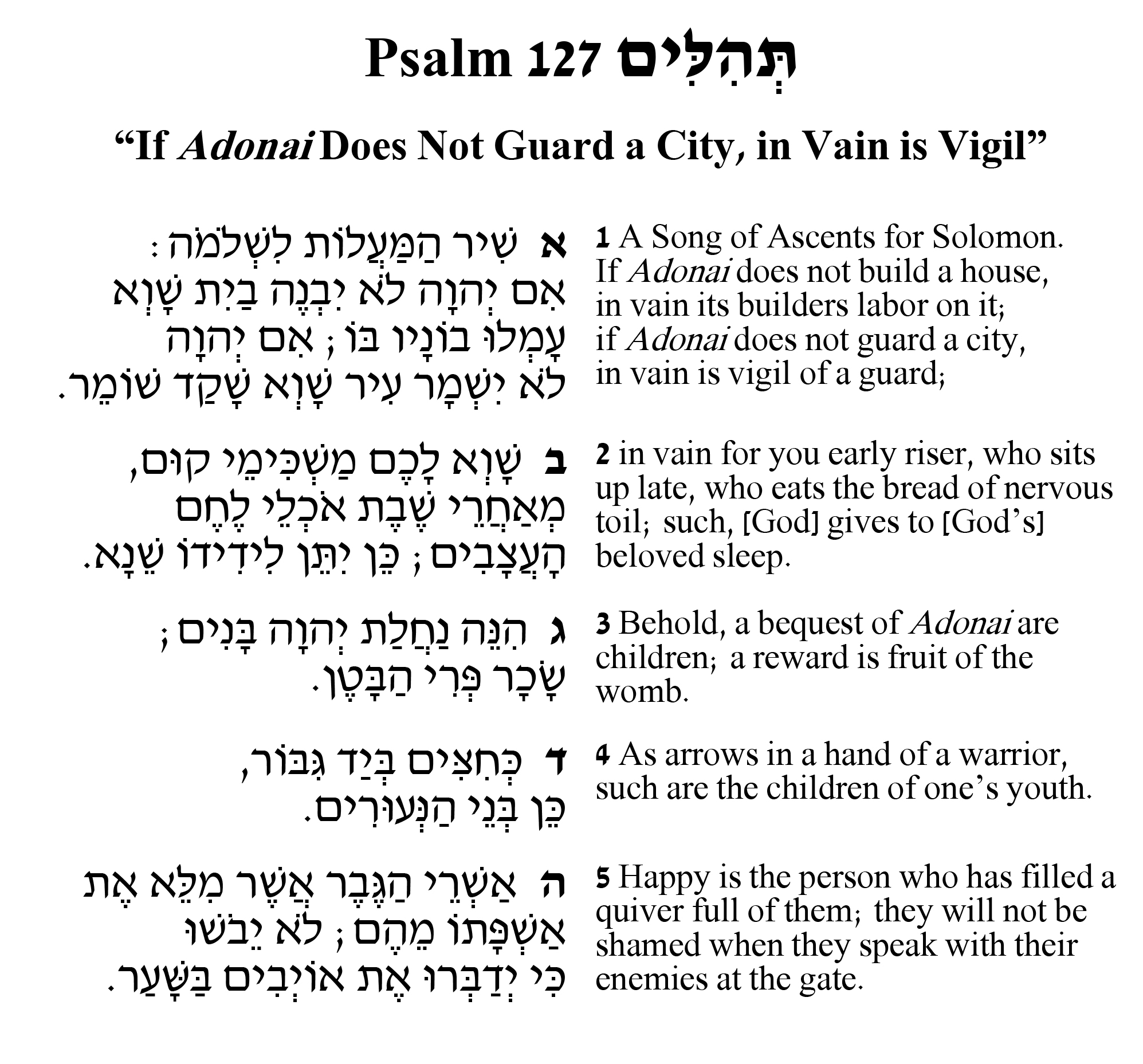 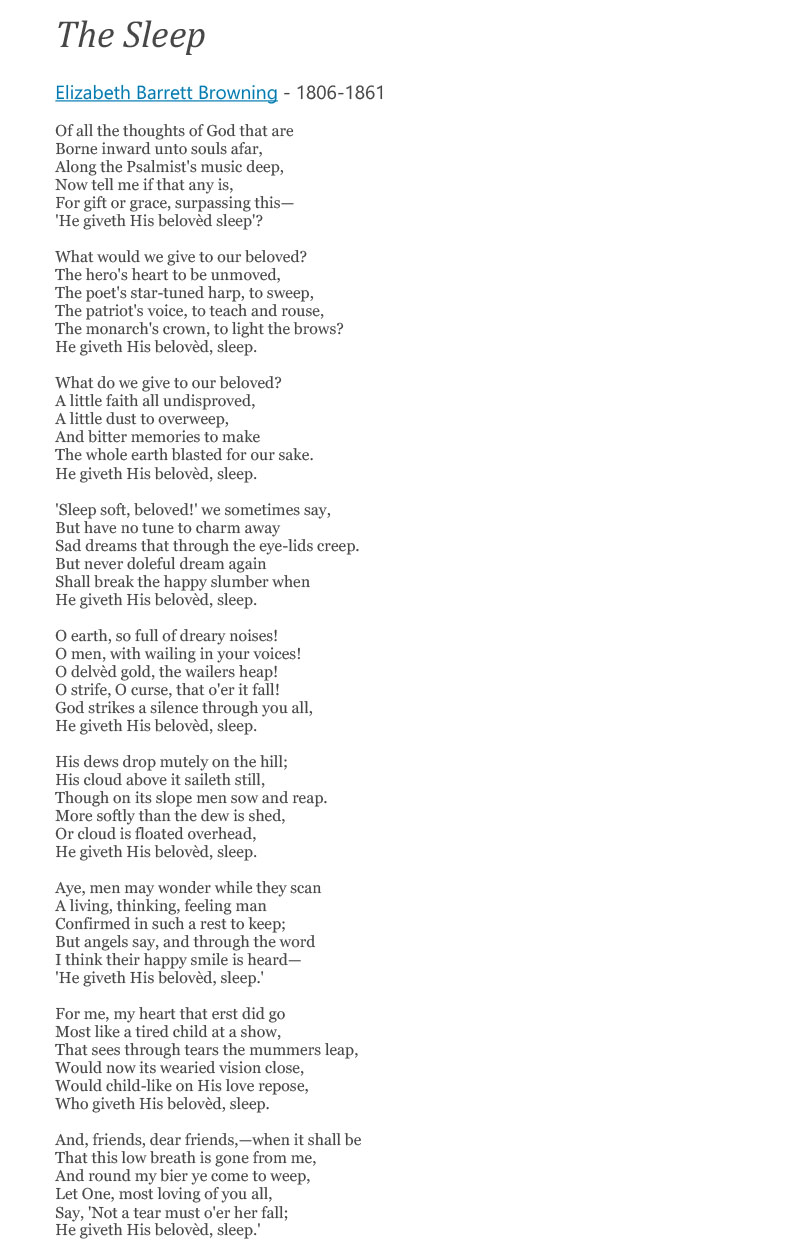