On the mosaic floor of a Jericho synagogue built close to 1400 years ago are the concluding words of Psalm 125: שָׁלוֹם עַל יִשְׂרָאֵל– “Peace upon Israel.” Most of the Psalm describes wrongdoers who are both a direct threat and a corrupting influence. These unnamed wrongdoers might either be Israel’s violent neighbors or misbehaving Israelites. The sages will comment that for “peace upon Israel” to reign, those enemies need to end. That claim reminds me of a story of the second century from the Talmud (Berachot 10a).
Rabbi Meir had violent neighbors that infuriated him. His wife, Bruriah, overheard Rabbi Meir praying for their death. Troubled by his words she pointed out that Psalm 104:35 states, “let sin cease from the earth,” rather than “sinners.” She explained that when wrongdoers repent and no longer sin then “the wicked shall be no more.” And so, Rabbi Meir changed his prayer for mercy for his neighbors and the text adds, “and so they repented.”
And yet, change is often quite complicated due to deeply ingrained bad behavior. Psalm 125 contrasts those who “twist their crookedness” with the “upright.” Sadly, charming liars may reflexively lie for personal benefit and readily believe themselves. Such a pattern of dishonesty and charismatic confidence may elicit a mystifying attraction, which in time leads to betrayal and pain. The prophet Zephania (3:11), parallel to our Psalm’s ending, will describe an idyllic time: “For then I will remove the proud and exultant within you and you will be haughty no more on My sacred mount.”

Please join me for a close reading of Psalm 125

Our study is dedicated to Ari Goldman 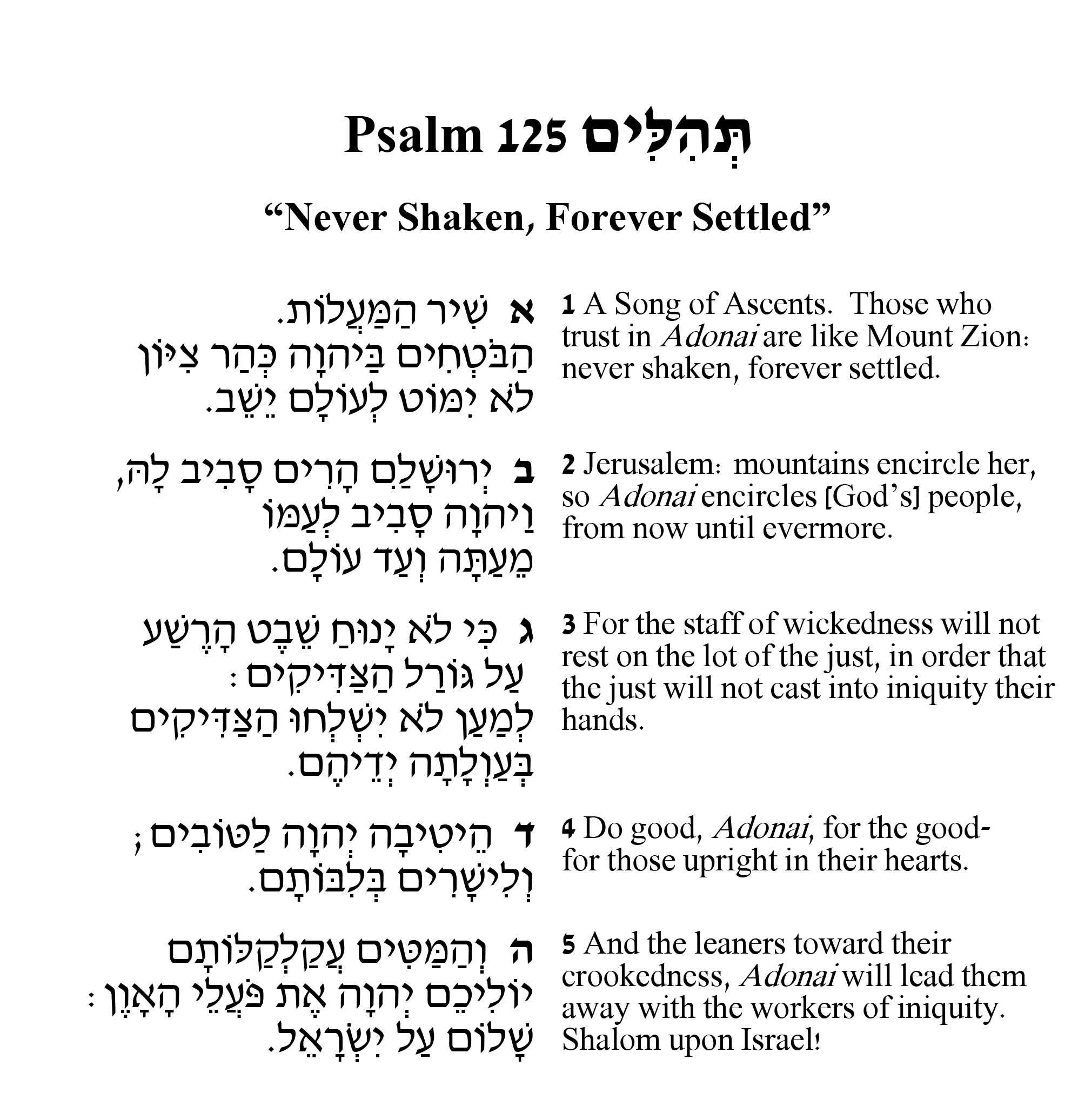