A Discussion with Alexander Gelley

Professor Emeritus of Comparative Literature at the University of California, Irvine 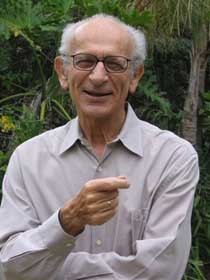 Walter Benjamin was not a Jewish thinker in the manner of Martin Buber or Franz Rosenzweig. In the sense that thinkers and artists are classified as “Jewish” he may well be called that in the way that Sigmund Freud, Hannah Arendt, or Gustav Mahler, or (among American writers) Philip Roth or Saul Bellow are. But such classifications are more misleading than helpful. Yet one element of Benjamin’s career does mark him quite decidedly as Jewish, and that is his life-long friendship with Gershom Scholem. It is a friendship that dates from their early years (1915, when Benjamin was 23 and Scholem 18) and continued throughout their lives. Here issues of Judaism, both theological and personal, were very much in play.

“A unique resurrection of Benjamin’s practice of “puzzling the world together”, around the antithetic themes of liberating the powers of dream and anticipating the day of awakening. Whoever thought to have understood Benjamin should pause and read Gelley first.”–Étienne Balibar, author of Equaliberty

“Fully attentive to its fragmentary nature but also deftly linking it to all of the writer’s continuing philosophical preoccupations.”–Michael Wood, Princeton University