In recent days, NFL player DeSean Jackson tweeted out several anti-Semitic messages, including a quote he incorrectly thought was from Hitler stating that Jews had a plan to “extort America” and achieve “world domination.” Then former NBA player Stephen Jackson, a self-proclaimed activist, agreed with DeSean Jackson on social media. Then he went on to talk about the Rothschilds owning all the banks and his support for Louis Farrakhan. Soon after, in a live-streamed conversation with Rabbi David Wolpe, Stephen Jackson walked back some of his inflammatory comments and asserted his love for the Jewish people and vowed to speak out against antisemitic rhetoric in the future.

My cousin, Jared Weiss, is a full-time sport’s writer for the “Athletic.” He wrote a very thoughtful editorial on how antisemitism is not called out in professional sports and other media compared to hate speech against other groups: https://theathletic.com/1929668/2020/07/15/opinion-stephen-jackson-situation-presents-unique-opportunity-for-empathy-unity/. I was so impressed by Jared’s writing, I asked if he might consider sharing with us what led to his long editorial and the reactions that he has received.

Please join me on the Eve of Tisha B’av, today, July 29 at 12:30pm to consider “Antisemitism and Professional Sports” and how to thoughtfully respond. 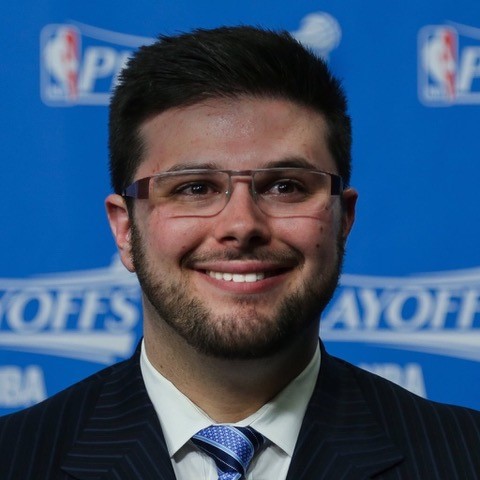 Bio: Jared Weiss is an NBA Staff Writer for the “ Athletic.” He is based out of Boston, specializing in long-form profiles and X & O analysis. Weiss also hosts the Grant & Tacko Show with Celtics players Grant Williams and Tacko Fall, as well as the NBA Daily Ding morning show for The Athletic. He has covered the NBA for nearly a decade while, until this year, working during the day for the government as a consumer protection bank regulator.