As noted in my previous letter, Rabbi Spitz will be going on Sabbatical starting in October and we are busy planning. We anticipate a year of exciting teaching and learning. I want to take this opportunity to introduce the talented group of guest Rabbis that will fill in while he is on Sabbatical.

Rabbi Robin (Hoffman) Foonberg has been the Director of Education at CBI since 2011 after beginning her career as a Jewish Educator in 1995.  She holds a Master’s degree in Jewish Education from Spertus Institute of Jewish Studies in Chicago and was ordained as a Rabbi at the Academy for Jewish Religion/CA in 2013. She has worked at several synagogues as a teacher, religious school assistant director, and family educator, and for seven years was the Judaic Studies Director at Morasha Jewish Day School. She lives in Long Beach with her husband Alan, and has one daughter, Marisa that just graduated from the University of Arizona.

On top of Robin’s current duties as director of our religious school, she will be taking on an expanded role. She will be teaching life cycle classes, working with our B’nai Mitzvah students and their parents to ensure they are ready for their big day, helping to care for our sick along with our Comfort/Hesed committee, and providing coverage for funerals and shiva minyans. She will also be leading nine Friday evening and nine Saturday morning services.

Rabbi Adam Greenwald is the Director of the Louis & Judith Miller Introduction to Judaism Program at American Jewish University, the largest learning program for those considering conversion to Judaism in North America. He also serves as a Lecturer in Rabbinics at the Ziegler School of Rabbinic Studies. In 2016, Adam received the Covenant Foundation’s Pomegranate Prize in Jewish Education. Adam is the editor of On One Foot, an introduction to Judaism course book and curriculum, used by communities and congregations across the country. Adam is a Fellow with the National Center for Learning and Leadership (CLAL)’s “Rabbis Without Borders” initiative and speaks and teaches nationwide on issues of conversion, inclusion, and engagement. He was formerly the Revson Rabbinic Fellow at IKAR in Los Angeles and spent two years as CBI’s Rabbinic Intern. Adam received a BA in History from UCLA and was ordained by the Ziegler School of Rabbinic Studies in 2011. He lives in Los Angeles with his wife, Anne Hromadka, an art curator and consultant.

Adam will be joining us to lead 14 Saturday morning services. In addition, he will be staying after services on four of these dates to spend time with our teens in USY. 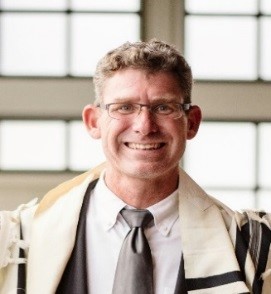 Rabbi Micah Hyman is in his third year teaching High School Jewish Studies at Tarbut V’Torah. He is also a Senior Educator of Beit Hatfutsot America, where he engages different communities in curating Jewish family stories. He was formerly Senior Rabbi of Congregation Beth Sholom in San Francisco, and also the Assistant Director of Camp Ramah in Ojai, California. He lives in Newport Beach with his two sons, Nathan (12) and Theo (9).

Micah will be joining us to lead six Saturday morning services. In addition, he will be staying after services on two of these dates to have a discussion on interesting topics that will be announced at a later date.

We will also be having guest appearances by Rabbi Stephen Einstein, Rabbi Robert Kirzner, and Rabbi Shalom Podwol.

Please help me welcome all of these talented Rabbis. We are grateful that they have chosen to spend time with us at CBI and our board is very excited to be working with them. We look forward to learning from this strong team and are confident they will meet all the needs of our community while Rabbi Spitz is on Sabbatical.

My challenge to everyone is to come out and enjoy our guest Rabbis. Together we will have a great year!